On Tuesday morning, a man was seriously hurt when his electric car caught fire on its own near Broughton, North Wales.

The man was driving close to the A55, also known as the North Wales Expressway, according to the Liverpool Echo.

According to reports, his car spontaneously caught fire. Passersby reportedly rushed to the burning car to save the man. At the scene, paramedics attended to the victim.

According to the Echo, the man was eventually transported by ambulance to a hospital with “serious, possibly life-changing injuries.”

Two rapid response vehicles, an emergency ambulance, a helicopter, and the Emergency Medical Retrieval and Transfer Service were dispatched to the scene, according to the Welsh Ambulance Service.

Around 8:45 a.m. local time, authorities closed the road near the scene of the incident, and it remained closed for several hours.

North Wales Police Chief Inspector Alwyn Williams stated that fire crews remained on the scene until Tuesday afternoon “due to the car involved being an electric vehicle.”

The incident in North Wales came on the heels of another electric car fire that made headlines earlier this week, despite the fact that the incident occurred in June.

Gonzalo Salazar told Electrek in an email that he purchased a new 2019 Jaguar I-Pace in 2020. He didn’t have any problems with the vehicle until two years later, but when he did, they were serious.

Salazar stated that he left his car plugged in overnight on June 16, then drove it the next day to run errands. He only drove it about 12 miles before returning it to the garage.

Salazar stated that after entering his home, he began hearing strange popping noises coming from the garage. When he went outside, he noticed thick smoke coming from the vehicle.

Another EV fire… this one from Florida earlier this summer. A Jaguar i-pace was parked in an attached garage when the owner heard “popping” sounds and saw smoke puffing from the car. The car was moved outside before it burst into flames. I guess you can call them “lucky”. pic.twitter.com/JUOwthCSb4

“My thought immediately was, ‘When there is smoke, there is fire,’ and I need to get the car out of the house garage,” Salazar told Electrek.

“But this was not a slow burn, once the fire started there were multiple pops, and the car was just engulfed in flames rapidly.”

Eventually, the majority of the vehicle was completely destroyed by the fire. Photos of the car after the fire was put out showed just a small portion of the front of the car remained intact.

Salazar’s was the fourth known Jaguar I-Pace batter to catch fire for no apparent reason, according to Electrek.

Here’s a video capturing electric car burst into flames while charging outside home. 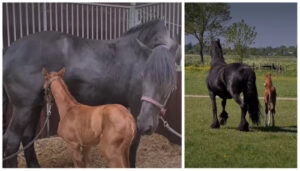 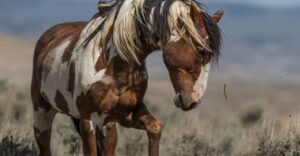 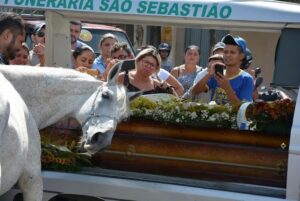 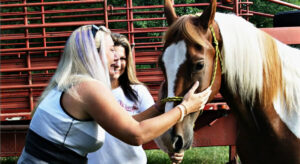 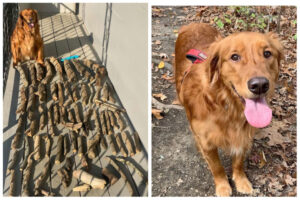